Home Sir Rod Stewart, 77, puts on an energetic display as he performs on his latest tour
MMusic

Sir Rod Stewart, 77, puts on an energetic display as he performs on his latest tour

Sir Rod Stewart put on an energetic display as he took to the stage at the Utilita Arena in Birmingham on Friday night.

The singer, 77, wore a gold and black jacket as he performed while he sported a waistcoat in a lighter shade of the same colour underneath.

He sported black trousers with gold pinstripes and completed his look by opting for a pair of smart black shoes. 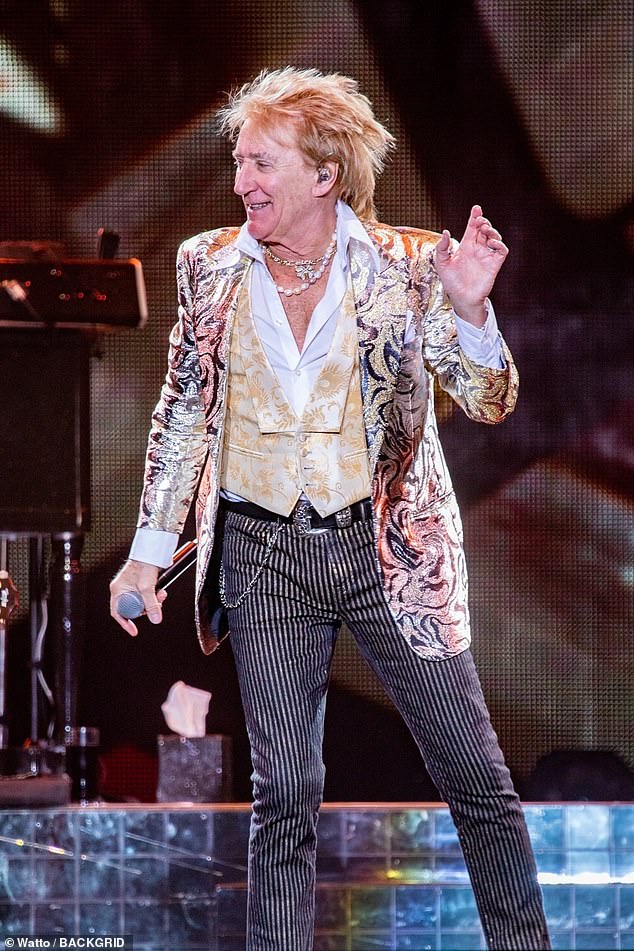 The rock star accessorised with a pearl necklace and a chain around his neck as he performed.

He was seen smiling as he danced in front of the crowd at the 15,800 capacity venue.

It comes after Sir Rod’s son Aiden was rushed to hospital with a suspected heart attack after he collapsed at a football match. 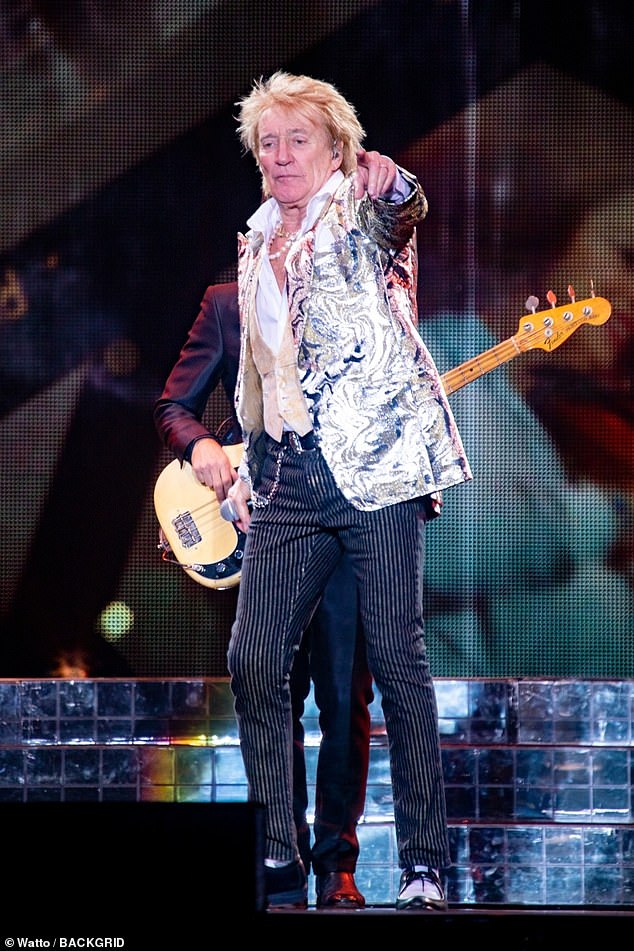 The hitmaker revealed his son, 11, turned blue and was unconscious before he was taken away by ambulance when he took a fall while playing for the Young Hoops Under-12s team.

It turned out his collapse was caused by a panic attack sparked by the pressure of striving to perform well in the game.

Without specifying when the incident happened, Sir Rod told FourFourTwo magazine: ‘We thought my boy had a heart attack. He was going blue and was unconscious until he calmed down.

‘It was scary, but it turned out to be a panic attack. The lad wanted to do well, pulled on the Hoops in Scotland for his dad. 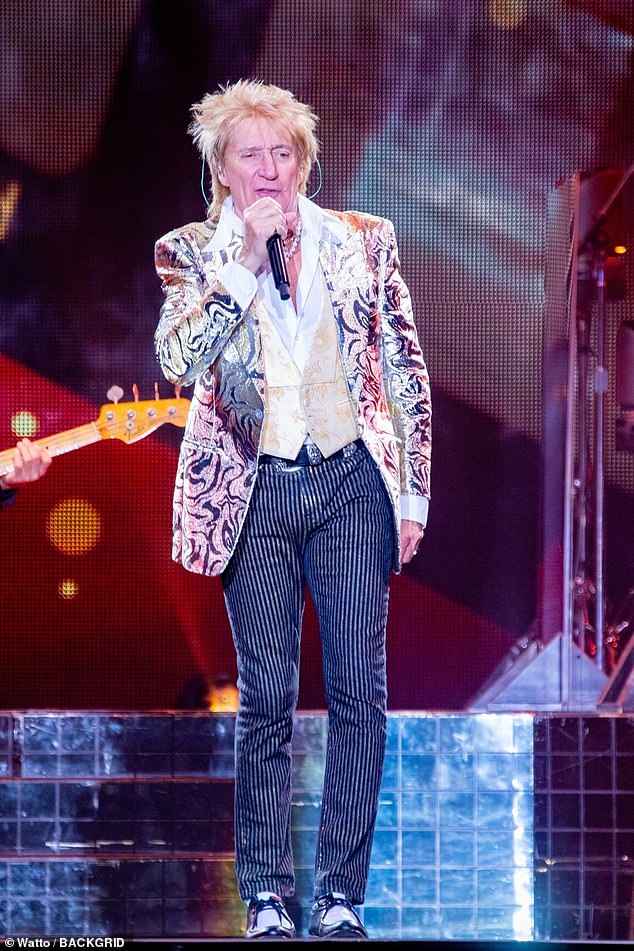 ‘Another boy fell backwards and banged his head – he’s still not back. In all of my days watching football, that’s the only time two ambulances had been called.’

Dad-of-eight Sir Rod shares his children with five different women, including sons Alastair, 16 and Aiden, with his wife Penny, 51.

He also has Kimberly, 43, Sean, 42, from his first marriage to actress Alana Stewart, 77, as well as daughter Ruby, 35, from his relationship with 63-year-old model Kelly Emberg.

Sir Rod last month told fans on Instagram his brother Bob had died aged 88, two months after he lost his other sibling Don.

He said he had lost ‘two of my best mates in the space of two months’,adding: ‘It’s with great sadness that I announce the loss of my brother Bob last night, who joins my brother Don on the great football pitch in the sky. 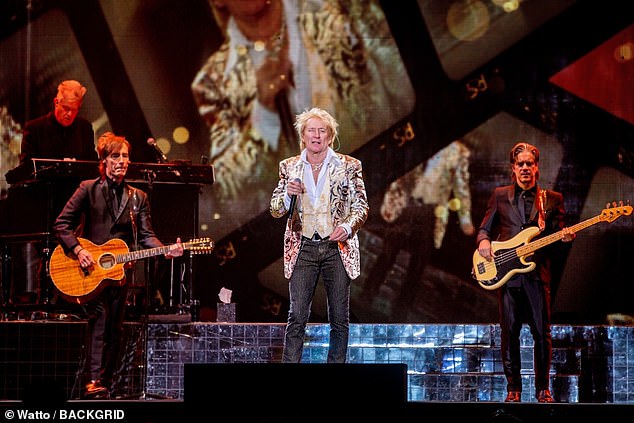 MMusic
Just over a year ago, Daniel Craig stepped down from the iconic and world-renowned role of James Bond.…
MMusic
Although he had a relatively short music career, Jimi Hendrix won numerous rock music fans’ hearts with his…

Read More
MMusic
Warren Haynes and a number of special guests returned to the U.S. Cellular Center on Saturday evening for the second of…

Read More
MMusic
As we approach the premiere of ‘Pamela, A Love Story,’ Pamela Anderson’s love affair with Tommy Lee has…
MMusic
As we all know by now that Lady Gaga isn’t just a successful pop star who releases music…
MMusic
As the surviving members of Queen are preparing to reissue ‘The Miracle’ 33 years later, Brian May has…