Home Sir Paul McCartney, 80, steps out with his daughter Stella, 51, at his London office
MMusic

Sir Paul McCartney, 80, steps out with his daughter Stella, 51, at his London office

Sir Paul McCartney cut a casual figure as he stepped out of his London office on Friday alongside his fashion designer daughter Stella.

The Beatles star, 80, wrapped up warm in a long grey plaid coat which he layered over a navy shirt as he was weighed down with an array of shopping bags.

His daughter Stella, 51, looked as fashionable as ever as she sported beige workout gear after catching up with her father in central London.

Leaving his office after a busy day, Paul completed his laidback look with a pair of black trousers and a dark jumper amid the autumnal weather. 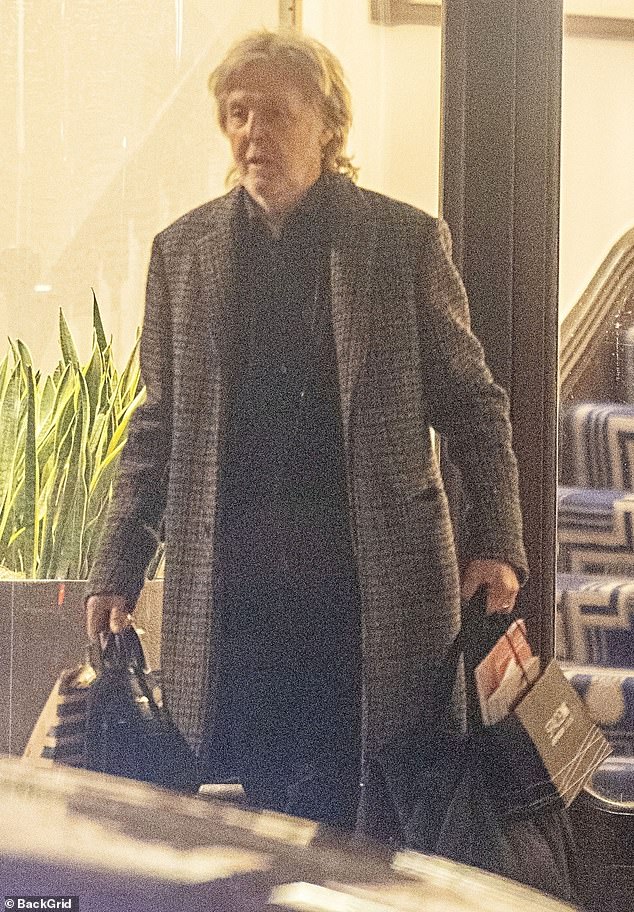 The rocker wore his silver locks loose in natural curls and looked freshly shaven as he piled his shopping bags into his waiting car.

Meanwhile Stella, who is Paul’s daughter with his late wife Linda, looked stylish in workout gear, made up of mustard camouflage leggings and a beige sweater.

She completed her understated look with a long chocolate jacket and slipped into a pair of comfy white trainers with vibrant green laces. 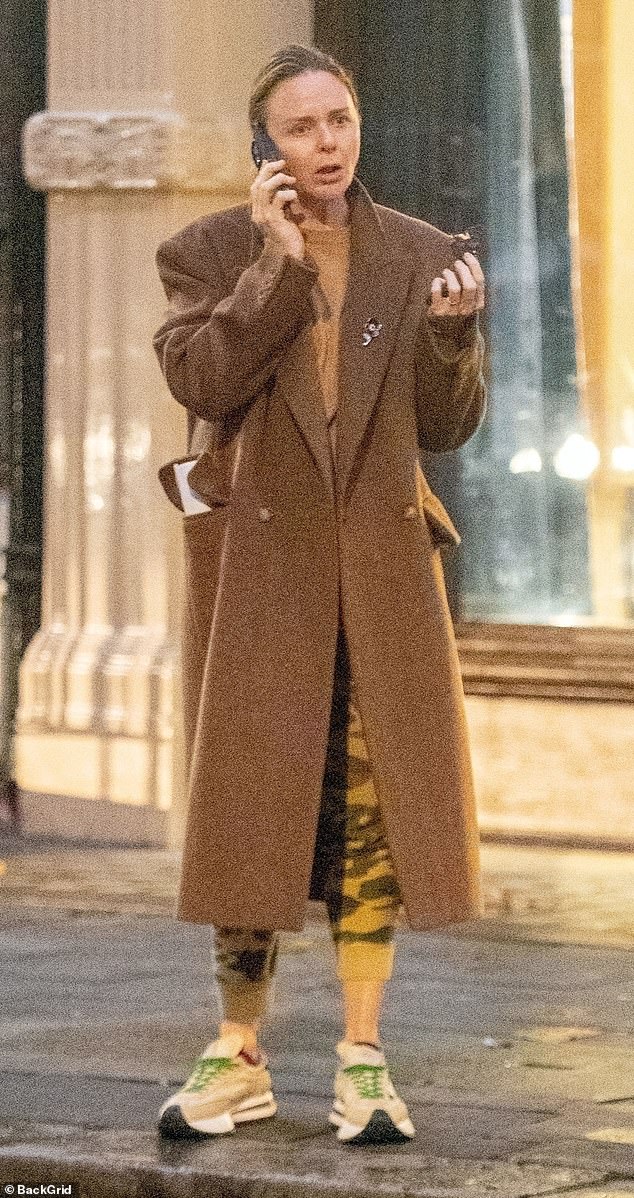 Appearing to go make-up free for the outing, Stella scraped back her brunette tresses into a sleek bun.

Sir Paul married Linda in 1968, sharing Stella, Mary, 52, and son James, 45, before her death from breast cancer at age 56 in 1998. He also adopted Linda’s daughter Heather from a previous relationship.

Paul then embarked on a relationship with Heather Mills in 2000, marrying two years later – before divorcing in 2008.

In 2011, he then tied the knot with his wife Nancy Shevell, and the nuptials had special meaning to it – taking place in the same location as Paul’s wedding to Linda more than 40 years earlier.

Nancy is the vice president of her family transportation business, the Shevell Group – and first crossed paths with Paul more than 20 years ago, when they both owned houses in the Hamptons.

The legendary music star dated the businesswoman for four years before their intimate wedding, where they welcomed 30 guests – including his Beatles’ bandmate Ringo Starr.

It comes after Sir Paul allegedly bagged himself a whopping £1.5million in only 12 months from investing in up-and-coming companies.

The singer, who is worth a reported £800million, started MPL Ventures during the COVID-19 pandemic and hhas backed a business making plant-based chicken and a music tech start-up behind ABBA’s latest album, Voyage, it has been claimed.

A source told The Sun: ‘Paul is a man of many talents and his new business is bringing in the big bucks. He uses the company to invest cash in growing businesses and it’s working a treat.

‘So far he’s used cash to help fund TiNDLE which makes fake chicken in the US and hopes to bring the product to the UK.

‘Paul also invested in a British based music tech start-up called Audoo. The choices might be a little less traditional than the stock market but it’s paying dividends to Paul.’

Why Mick Jagger Was Afraid Of Angelina Jolie

Read More
MMusic
The majority of musicians have distinctive personalities and diverse perspectives on life and people. These characteristics contribute significantly…

Read More
MMusic
Elvis Presley had already lived a full life by the time he met Linda Thompson in 1972. Aged…

Read More
MMusic
Released back in 1965 “Satisfaction” became one of the most popular songs in Rock history. Composed by Keith…

Read More
MMusic
Before his untimely death in 1977, Elvis Presley’s only child Lisa Marie lived with him at Graceland when…