Sir Rod Stewart, 77, was present and grinning proudly at the passing out ceremony, during which his 51-year-old wife Penny Lancaster was formally acknowledged as a fully trained Special Constable. The former model marched in a City of London police parade, clad in her black uniform and hat, to celebrate passing her training.

Former model Penny had admitted to feeling as though her life lacked purpose following the menopause, and she was seeking a way to regain it through serving her country.

She posed in her black, white and red checked uniform with a certificate of completion yesterday, confirming that her training programme was over, as she honoured the news by marching with a group of officers.

Sir Rod has been fully supportive of her, proudly revealing on the Graham Norton show that she had trained for eight months and “loved” it.

“I backed her all the way. She says she loves giving something back, but more importantly she wants to protect the city she loves,” he explained.

Penny has already made her first arrest – of a man who tested positive for cannabis while driving earlier in the year – and she was able to serve the country during Queen Elizabeth II’s funeral procession, too.

She first got a taste for the police force when she appeared on the Channel 4 show Famous and Fighting Crime.

The show sees celebrities trading in their usual day jobs to help the emergency services and walk in their shoes for the day.

During the filming, she admitted to being “anxious” as she was harassed by a drug dealer who threatened to stab her. 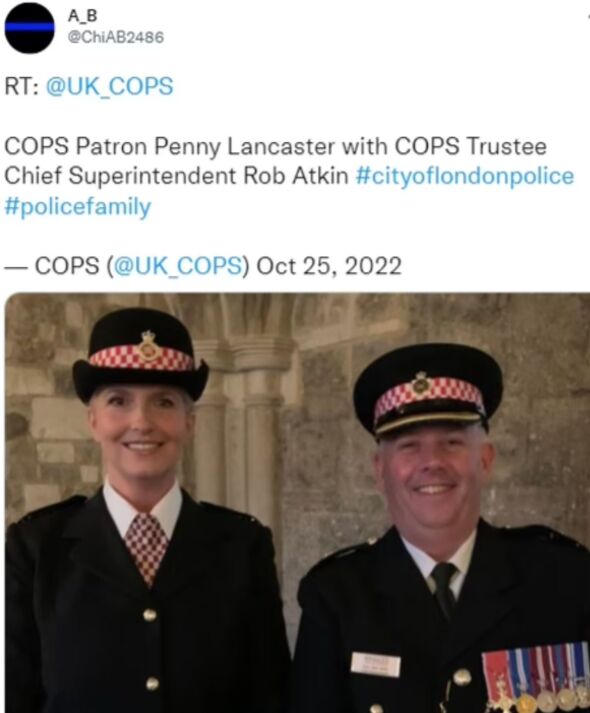 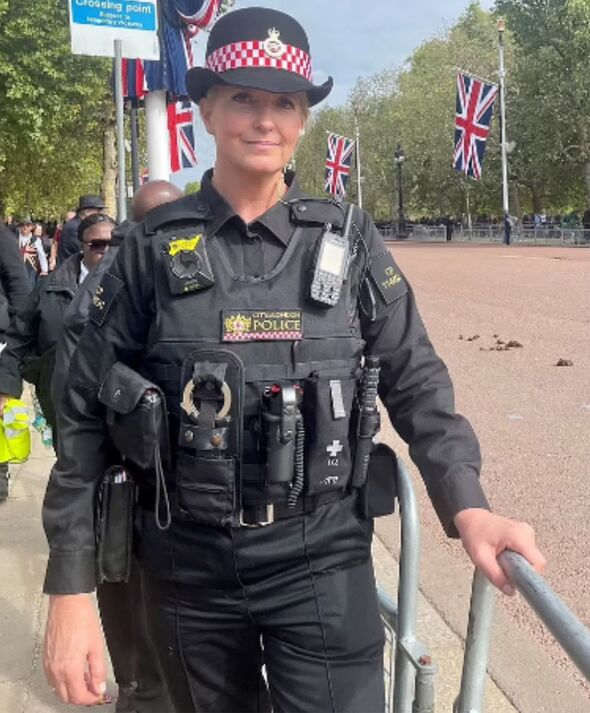 However, she was ultimately undeterred, and when her TV role ended, she applied to become a Special Constable – as a volunteer at first – to continue serving the country.

No one had quite been expecting Penny to turn her experience into a fully-fledged career, but yesterday’s parade scenes proved she was devoted to the role.

She spoke with enthusiasm about her debut on BBC One’s Crimewatch Live, telling the world she had committed to 200 hours of patrolling a year.

“[It] equates for myself to one duty a week in the City of London Square Mile including bridges there,” she explained.

“It’s predominantly foot patrol but I also get the opportunity to try other areas of policing out like working in vehicles, working with the sniffer dogs and operations like the London Marathon, the Lord Mayor’s Show and coming up the Jubilee.”

Touchingly, she admitted that Rod is so anxious about her safety that he needs reassurance that she has safely returned to the station after her shift.

“He worries about the natural risks involved but with the support I’ve got around me, and letting him know when I’m back at the station and safe to head home, he’s able to go back to sleep,” she confided.

Meanwhile, last month, Penny was spotted policing the crowds on the day of Queen Elizabeth II’s funeral, having sworn an oath to Her Majesty prior to her death that she would serve as constable.

Speaking to PA afterwards, she proudly declared: “This is the biggest honour of all, to be able to serve today.

“We were in uniform by 0500 this morning and we don’t know what time we will be working until. We just want to make sure that all the crowds get home safely.”

Meanwhile, she and her knighted husband Rod recently announced that they have sponsored a family of seven after they travelled to the UK to escape the conditions in war-torn Ukraine.

Describing the scenes of Russian invasion as “heart-wrenching”, she admitted to Dan Walker on Channel 5 News that she’d felt the urge to get on a plane to Ukraine and “grab” as many families as she could to give them the ultimate fairytale ending

Read More
MMusic
In the history of rock music, numerous bands have accused one another of stealing their lyrics, riffs, song,…

Read More
MMusic
There have been very few years in rock music history so pivotal as 1963. The year marked the…

Read More
MMusic
In the early ’80s, Depeche Mode had already begun to convey its music to a large mass with…