Lemmy Kilmister is undoubtedly one of the unique names in rock history, with his heads-up singing on stage, his intense and high-energy vocals, and his virtuosity on bass. Taking the bass from the background and making it a dominant musical element is one of the most important touches of Kilmister in Motörhead‘s unforgettable songs. Motörhead was founded in 1975 and stayed on the stage until Lemmy’s death. Its legacy still continues to resonate in the genre.

Although Motörhead was later described as a heavy metal band by some and appealed to a wide range of metal audiences, their music can be considered more of an amalgamation of rock and roll with some hard tunes and stylistic touches. The moment when Lemmy shouts, ‘We are Motörhead. And we play rock and roll’ into the microphone remains one of the most iconic moments in rock history.

The band is known not only for their inheritance in rock and roll but also for their influence on numerous subgenres, including thrash metal and speed metal. However, Lemmy often insisted that their band was a rock ‘n roll band, and as a matter of fact, the band has never fully embraced neither all of the themes nor the tunes of metal. Perhaps it is possible to talk about only small, stylistic hard, and punk touches.

Which Of The AC/DC Songs Was Lemmy’s Favorite? 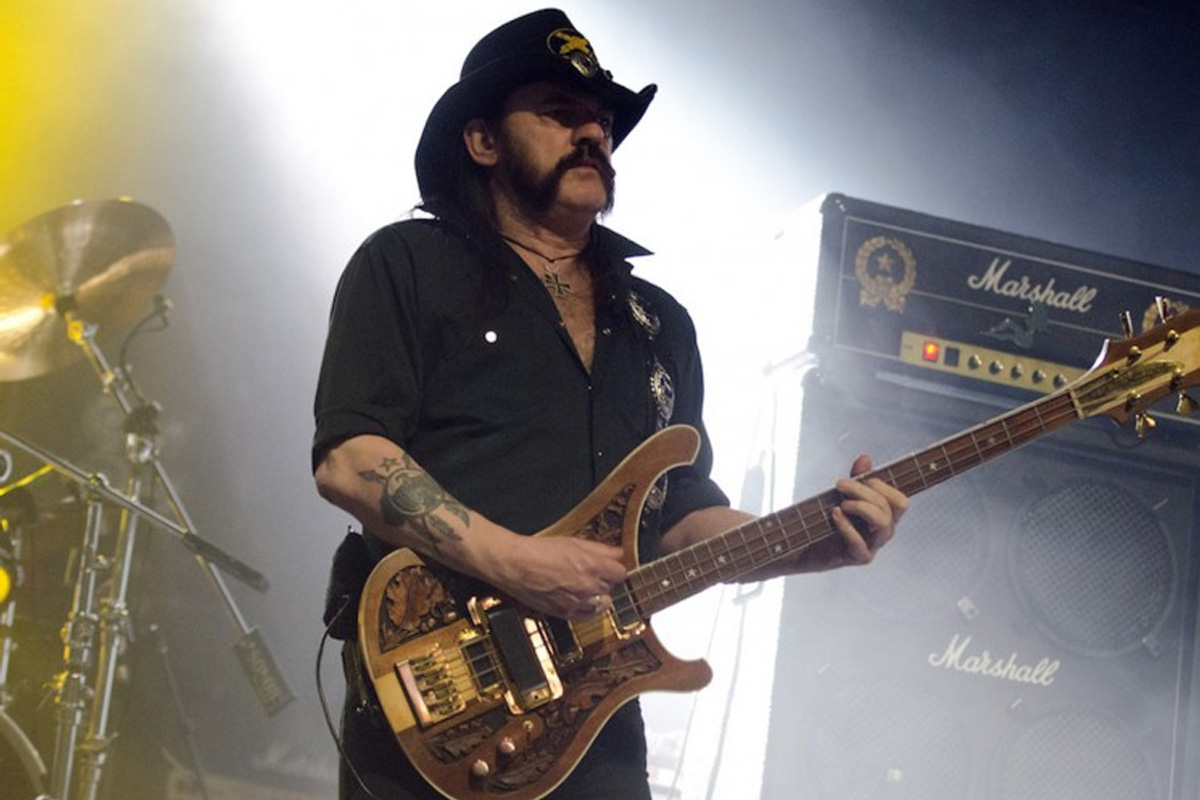 Similarly, AC/DC is perhaps one of the most legendary bands in rock and roll history. Much of the rock and roll elements could be followed in their style and technique; however, just like Motörhead, they ended up with a piece of music appealing to a much wider audience. AC/DC emerged as one of the game-changing bands in the 70s rock scene. The band, which has been able to capture a ‘unique AC/DC style’ since the time they took the stage, still continues to perform.

Lemmy Kilmister praised and paid tribute to the rock legend AC/DC in a conversation with AC/DC Beyond the Thunder Podcast in 2015, shortly before his death. Stating that he loved all of the band’s songs and that it would be difficult to choose one among them, the rock icon listed ‘Can I Sit Next to You Girl,’ ‘It’s a Long Way to the Top,’ ‘T.N.T.,’ and ‘Whole Lotta Rosie’ among his favorites.

“There’s so many of them it’s impossible. ‘Can I Sit Next to You Girl’… ‘It’s a Long Way to the Top’ is one of my favorites. ‘T.N.T.’ ‘Whole Lotta Rosie,’ the live version is fantastic.”

Kilmister also shared his memory with Bon Scott in the same interview. Lemmy said that they never had a proper conversation, adding that he had seen the band members a few times in London. He also noted that Scott had always looked tired because he put a lot of effort into doing an excellent job on stage. The singer also stated that Bon was so passionate that he would get back up and continue performing even though he was too tired to stand. According to Lemmy, this was the right way to do this job.

Lemmy’s response when asked if he had ever met AC/DC singer Bon Scott:

“We never had a decent conversation. We did about three shows supporting them. That was in the early days of Motörhead, and he [Bon] just looked knackered all the time because he would give it everything in the show.

I saw them a couple of times in London – I took a chick I was dating up there to impress her, you know, go backstage at AC/DC. And I would see him come off stage between songs and fall down, and get up and get pushed back on. He would give it his all. That’s how you should do it-it’s a workout.”

Lemmy’s tribute to AC/DC isn’t just his words in this interview. He had previously covered the songs of AC/DC, which he admired. He sang AC/DC songs such as ‘It’s a Long Way to the Top’ and ‘Highway To Hell’ during Motörhead live concerts. As for AC/DC, they are still continuing their live performances despite their almost 50 years long career in the rock music industry.

Foo Fighters to carry on, but as a ‘different band’ after Taylor Hawkins’ death

Read More
MMusic
It’s heartwarming to know that two of the top-rated guitarists arguably of all time admire each other to…
MMusic
IN HIS NEW FILM, “Beast,” Idris Elba plays a father who brings his teenage daughters to the South…

Read More
MMusic
Jenna Ortega has worn red dresses on many red carpets and she always looks amazing. She has a…

Read More
MMusic
Tobias Forge started forming Ghost around 2008 and recorded an album after finding everybody he needed, except for…

Read More
MMusic
The music industry is a rivalry game, and everyone who is a part of it wants to give…